What wellbeing and cufflinks have in common 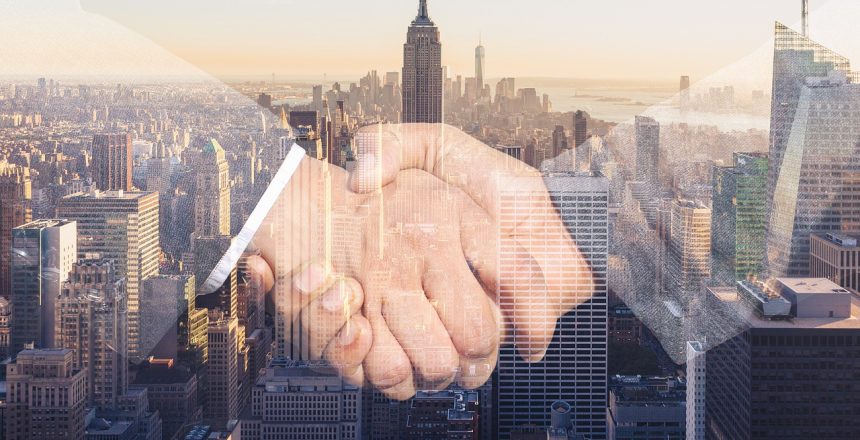 Some patients leave clear footprints in our hearts and minds that resist the erosion of time. One such patient was Mr. Duncan McBride. We met in the little village of his birth, shortly after he retired from a highly successful career as a clinical and later industrial psychologist.

I always looked forward to our consultations. Duncan had that rare, almost-magical ability of making people feel better about themselves. He always presented freshly shaved in a crisply pressed shirt and Windsor-knot tie, just the right amount of musky cologne, and his brushed hair glistened like thick, soft snow.

A year or so passed without incident, and then he presented because of progressively worsening lower urinary tract symptoms. Duncan eventually had the appropriate specialist Urology assessments that confirmed metastatic prostate cancer.

Duncan sailed serenely through the next few months of surgery and chemotherapy, seemingly unperturbed. Then, just when I thought one of the dark chapters of his life had ended, things took a turn for the worse.

The consultation started according to script. Collar and tie. Hair miraculously untouched by the ravages of chemotherapy. A little thinner, and a few extra lines that somehow made him seem even more distinguished. And yet. Things were not right. He seemed – deflated?

Duncan explained that the diagnosis of cancer had devastated him. While the physical symptoms and discomfort were abating, the mental and emotional suffering had become unrelenting and incapacitating. The cancer had rooted itself in his soul and was systematically stripping his psychological reserves, leaving him with an unfamiliar and exceedingly unpleasant feeling of naked vulnerability.

For six decades he had enjoyed robust health, and for the last few years he had served as the de-facto rock of the large McBride clan. As an experienced psychologist, he had a sound understanding of his mental pathology and crystal-clear insight into the nature of his struggle. Unfortunately, this only accentuated his frustration at his inability to come to terms with his sickness role.

There was no quick fix, no silver bullet, and little I could say. Instead, I simply listened, acknowledged his experience, and resisted the urge to offer paltry platitudes. We met every week, then every fortnight.

The clouds cleared almost imperceptibly over several long months. Then, as welcome, and as sudden as spring in Scotland after a bitter winter, Mr. McBride was back to his ‘old’ dignified self. However, while greeting him I was forcefully reminded of the Zen proverb that we can never step into the same river twice. There was a new vulnerability in him, a tenderness, but also timbered strength, strong as a deep-flowing river.

The experience taught me much. I came to understand that in the war for wellbeing, the most testing battles for patients often occur after the medical victory. Family and friends usually rally with the patient around acute problems, diagnostic activity, heroic surgery, and cutting-edge technological interventions because they provide purpose, energy, and hope.

Then, in the wake of transformative medical treatment, the foibles of everyday life quietly and inevitably reassert their dominance. Patients with freshly minted ‘survivor’ badges discover it is impossible to simply return to the way things were before. It is as perplexing as reaching for your favorite garment in expectation of cozy comfort, only to find that it no longer fits.

Mr. McBride’s experience served as a personal reminder for me that healthcare workers must experience every aspect of illness, disease and suffering themselves. Even the deepest subject knowledge and intimately sharing in the experiences of others do not provide any exemption – we must each plot our own, unique journey back to wellbeing.

One day, Mr. McBride offered me what he described as ‘a small token of thanks’ while conjuring a little jewelry box. In the box was a set of cufflinks, and they were exactly the type I would have selected for myself.

I need to digress and explain that a few months before the gift of cufflinks, my wife had bought me an amazing shirt. It was luxuriously soft, in my favorite colors, had a discretely embossed logo, and turn-up sleeves without buttons.

I had never owned a shirt without buttons before, and was bemused by the silky pieces of knotted rope in a matching color that secured the French double cuffs. I was thoroughly pleased with my snazzy shirt and took special care not to lose the two small pieces of rope.

As I was staring at my new cufflinks, it dawned on me that the pieces of rope in my favorite shirt should be replaced with cufflinks, and that they were simply expensive packaging.

I felt incredibly silly. While imagining my new shirt was sophistication personified, I had failed to pair it with proper cufflinks. The two pieces of rope went into the bin that same evening and were quickly forgotten. More than a decade later, while researching for this blog, I learned that silk can in fact be used for cufflinks, and there had been no need to throw them away!

A few more sets of cufflinks joined my collection over time. Unfortunately, there are few opportunities to wear them nowadays, as ‘bare below the elbow’ has appropriately become routine practice to help prevent healthcare acquired infections. However, when I do get to wear my favorite cufflinks on special occasions I always think of Duncan and the McBride clan with fondness.

Cufflinks have an incredibly important function: they keep things together. In medicine, if we can keep damaged parts together, we create potential opportunities for healing. A surgeon would never abandon a procedure before suturing her incision. Bringing the things that really matter together in our lives is a prerequisite to generate wellbeing.

The metastatic prostate cancer shattered Duncan’s physical, mental, emotional, and spiritual health, and left sharp fragments of disjointed thoughts and incursive, negative feelings. It required time and concerted effort from him to reassemble the core elements of his wellbeing and keep them together with cognitive and attitudinal cufflinks until he once again enjoyed optimal wellbeing.

For most of us, optimal wellbeing also requires meaningful connections with other people. Cufflinks provide a practical analogy of one type of social connection. Unlike conventional buttons, cufflinks must purposefully be selected and inserted in the shirt sleeves each time you need them.

In healthcare, consultations are examples of therapeutic cufflinks: a clinician and one or more other person come together through mutual choice, and this creates opportunities for collaboration. My consultations with Duncan were the social cufflinks that brought us together and enabled the delivery of care.

Cufflinks come as a set. If one is lost, the value of the other is greatly reduced. Similarly, effective collaboration, characterized by strong synergy, requires a minimum of two parties who understand that success is inextricably dependent on mutual respect and appreciation of each other’s relative worth. Consultations in the specialty of general practice are described as ‘a meeting of experts’ to acknowledge this concept – that each participant is essential to the success of the consultations, and capable of making valuable contributions.

My favorite set of cufflinks is only one of thousands of available designs. Similarly, the experience of Mr. McBride is just among millions of patients. However, just as all cufflinks serve a similar function, every journey from sickness to wellbeing requires connections, and requires us to bring together what matters, and keep it together.

Cufflinks were historically commissioned to commemorate royal affairs. The custom survives to the present day, with cufflinks still being gifted to mark special occasions. The cufflinks Mr. McBride gave me did mark a special occasion for him – a return to wellbeing. For me, they marked a connection with a special man, and they will always remind me of the time I learned an important lesson about the power of keeping together.

A brief history of cufflinks